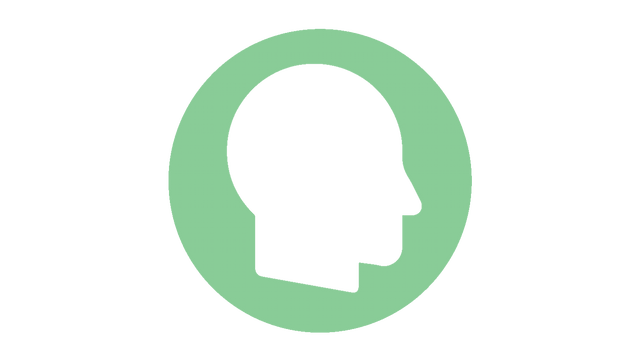 Business Agility requires that individuals are open to learning by doing, continuous learning and personal development as well as being comfortable operating and making decisions in a dynamic and ambiguous environment, free from the fear of failure.

Agile organizations are fundamentally learning organizations. Agility is all about being able to adapt in uncertainty, and this requires an openness to learning far beyond that of traditional organisations. Core to this openness to learning is the idea of a growth mindset: a belief that our individual and organisational capabilities are not fixed, but can continuously developed.

Originally developed through the work of researcher Carol Dweck to understand why some children and adults thrive on challenge, while others falter, the application of a Growth Mindset in organisations results in continuous improvement.

Feedback loops such as “inspect and adapt” and practices such as the retrospective, enable teams, divisions and organizations to improve both what they do and (more importantly) how they do it. Like the woodcutter who refuses to sharpen his axe because he has too many trees to cut down, organizations that do not improve both the way they work and their products themselves will ultimately be out-competed in the market.

This also brings in the important concept of slack. Create the space to slow down, identify opportunity, experiment, and learn. Individuals who always work at capacity are generally so hyperfocused on their work that they are unable to identify opportunities to improve. Slack also helps to build change resilience – the ability to mentally deal with organizational change and adaptation.

Central to a Growth Mindset is the ability to experiment, fail fast (with a small “blast radius”) and recover faster. Don't think of failure as making a mistake, but rather as an opportunity to learn. Organizations can make it “safe to fail” by recognizing that failure is part of daily work and not something you blame or judge people for. Some organizations go further by introducing formal or informal support mechanisms like Failure KPIs, parallel experiments, (and selecting the highest performing option) or simply providing an environment where learning from failure is easily identified, recognized, and rewarded.

02 Moving from Theory to Practice

Your goal is to promote a culture of learning and experimentation across the organization.

Say “I Don’t Know YET”
A learning culture starts with managers leading by example. Leaders need to learn to say; “I don’t know yet” and “let’s find out together”. Teams need to have time to explore and research new ideas, even if they might fail. Start using the language of experimentation and reward evidence of learning rather than the answer.

Celebrate Failure & Learning
While having a growth mindset does mean being willing to push boundaries and try new things, it also comes with a commensurate reality of failure. Failure needs to be seen as an opportunity to learn, rather than a failure to do. Promote ceremonies that recognize, celebrate, and reward experimentation and learning from failure. Adopting practices like failure KPIs and experimentation retrospectives are some effective tools available to you.

Shorten Feedback Loops
Feedback can come from many different sources; customers, colleagues, partners, etc. Regardless of its source, the ability to listen and use this feedback is fundamental to a learning organization. The faster you can learn, the faster you will adapt. Develop processes to capture feedback as early as reasonably possible and share it with the appropriate teams so they can act upon it quickly. Set yourself a goal to halve your current feedback loop.

To support organisations on the journey, we have commissioned a series of posters for each of the Domains of Business Agility. 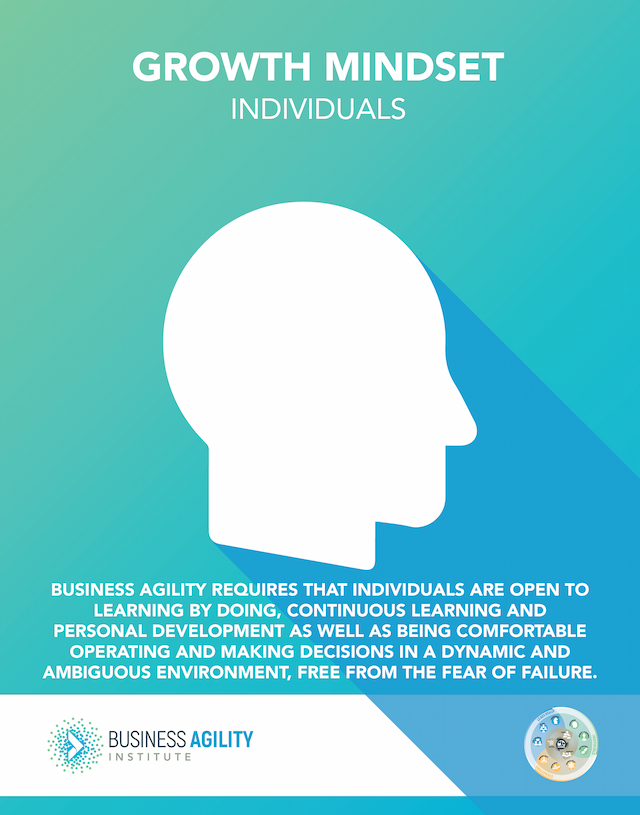 We have an organizational expectation of learning and experimentation. Failure is seen as an opportunity to learn.

We provide an environment where it is “safe to fail”. We encourage people (especially leaders) to speak up and share their failures as learning opportunities.

We regularly (but safely) push both leaders and teams outside their comfort zones to provide opportunities for personal growth.

Learning is no longer just “safe”, but expected. We have an organization that requires (and funds) people to experiment, learn and fail.

Feedback loops (e.g. “inspect and adapt”) and associated practices (such as the retrospective) are in place at a team level. Teams focus on improving both what they do and (more importantly) how they do it.

Across the organization, process improvement is generally triggered by an internal drive to improve and to be more customer-centric.

A learning culture with feedback loops and associated practices has taken root throughout the organization. Teams, divisions, and our entire organization focus on improving both what they do and (more importantly) how they do it.

We have built a culture of excellence through learning and experimentation. It is a critical part of who we are.