From Random Chosen to Business-Centered Teams

From random chosen to business-centered teams by Christoph Schmiedinger

Back in 2014 the company had about 20 employees and a classic organizational structure model which consisted of three traditional disciplinary managers, who were responsible for their team members. As this simply doesn't felt right for a company that advises other's in adopting an agile mindset, we moved in a first step to a team model, which was centered around the client projects.

The leader of the team was the key account manager for the client. Instead of being disciplinary responsible, the new team leaders have been lateral ones. As we had a lot small projects with only two colleagues and colleagues that are involved in more projects, we faced a lot of issues and therefore decided that this is also not a suitable model for us.

In 2016 our most senior colleagues and our managing director had the idea to introduce a new concept for our organizational structure - new voluntary teams that are centered around an inspiring vision. The new team leaders should act like Product Owners in Scrum and therefore being responsible for the return of investment of their team. In a town-hall meeting every colleague had the opportunity to voluntarily found a team around a vision. After every vision was presented, all other colleagues had the possibility to join one of the teams. I founded my own team by publishing my vision around inducing a start-up spirit into large corporations which face digitalization challenges. The process was simply amazing. Everyone could join a team, where he or she was willing to put all effort in order to reach and pursue its vision.

The next few months had been a continuous rollercoaster of emotions. The colleagues that introduced the change let us experience all the difficulties and dilemmas by ourselves as there was no straight-forward path in creating perfect teams. We had people that initially could not attract anyone for their team or that would not like to join a team, people that were operating a bit like free radicals doing their own thing. While this was okay for us in the very first moment, it somehow felt wrong after a few months for most of the company as it seemed that they excluded themselves and made their own way. In the end, it led to the decision in the retrospective that free radicals are not allowed anymore – therefore, every employee has to be a member of team. Another team was not able to gain business for its vision and therefore had to be dissolved after four months, which led to a lot of resistance in this team as they felt that they got teared apart. Yet another team was getting bigger and bigger until they reached the size of 16. It took them almost another six months to split up into three smaller teams, an event that they celebrated in order to conclude their first chapter.

We learned a lot in the first year of operating with those newly created teams. We now have a couple of guidelines introduced in order to create sustainable teams. One is for example that you should have your first client when creating a new team. Another one is that a new team should be backup by a senior colleague that supports the new team founder in a form of mentoring role. Right now, we don't face that much issues with dysfunctions within teams. They work according their vision and are trying to get business by attracting new clients and showing their expertise on the market. In addition, we managed to grow by giving the teams the autonomous right to hire colleagues that they need to expand their business.

We are quite satisfied with our approach although there is of course additional room for improvement. We learned definitely that it is way better to operate voluntary and autonomous teams around inspiring business visions. The employees are happier while the business impact is also better as every team tries to achieve their vision by conducting all intermediate steps that are necessary. In addition, especially the Product Owners of the teams learned, that it is far more challenging to operate a team with colleagues that voluntarily joined their teams, as they continuously have to think about how to create a good working environment for them in order to make them stay. There are still things to consider in the upcoming future. Right now we face issues that our new client assignments inherently show a lot of volatility. So it might be the case that a team with a specific vision has a lot do in one quarter and it couldn't manage to create enough new contracts for the next period. Then the colleagues have to work for other team's assignments and therefore most probably not within their vision, which lead to distraction and disconnectedness. But we have already some ideas to improve so we are pretty confident that we will also master these challenges. 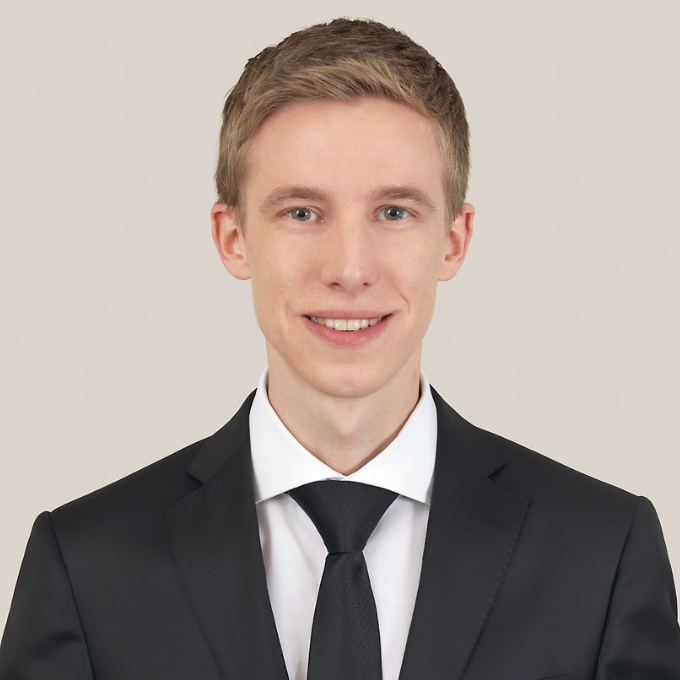 Christoph Schmiedinger has more than nine years of experience in software and product development and more than five years of them in agile methods such as Scrum. Christoph had his first contact with Scrum at a vendor for safety-critical communication systems at the time when his team should go agile. In parallel to his product owner role he supported his ScrumMaster, his team and the management in order to achieve the transition to agile. Since almost three years Christoph Schmiedinger has been working for an agile consulting firm. His focus are agile transformations, scaled projects and banks.