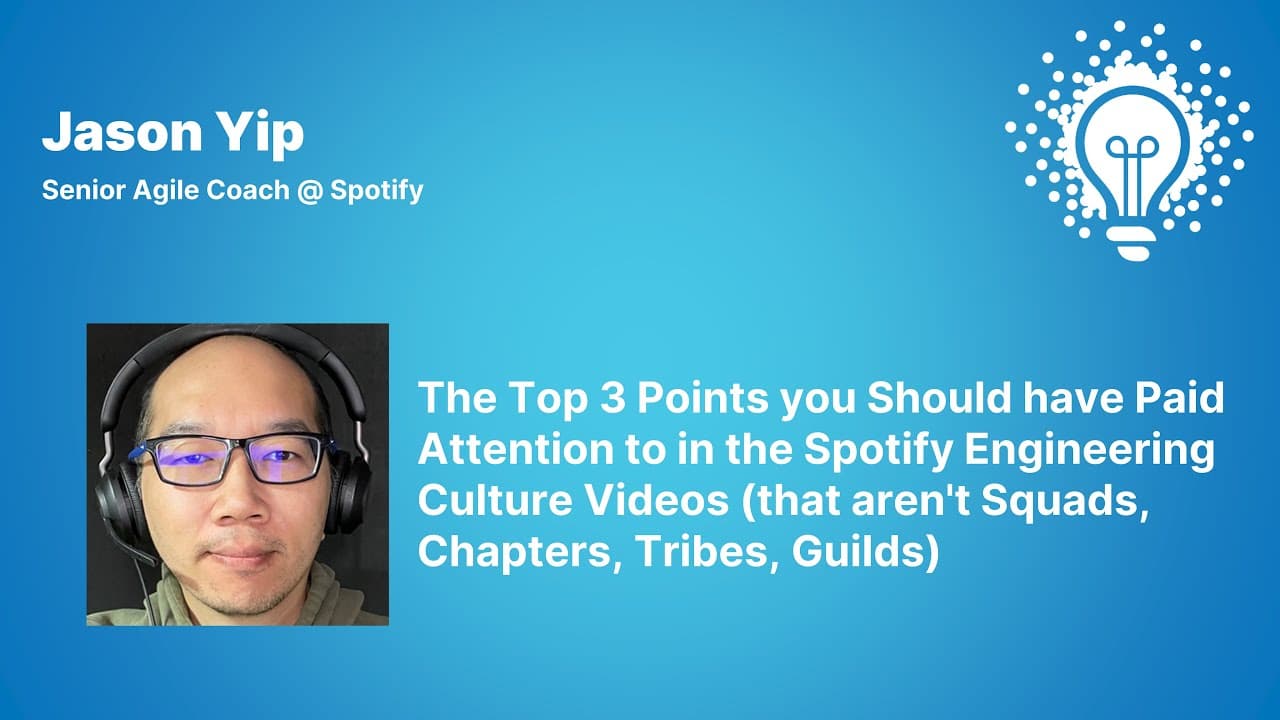 Top 3 Points in Spotify Engineering Culture Vids That are not Squads, Chapters, Tribes, or Guilds

When people say “Spotify Model” they’re almost always thinking about org structure (Squads, Chapters, Guilds, Tribes). Structure is the last thing you should worry about. Before structure, what you should have been paying attention to was aligned autonomy; building trust (cross-pollination, community); decoupling (including limiting blast radius). I’ll expand on these concepts from the old Spotify Engineering Culture videos as well as newer concepts that have come up in the intervening 8 years.