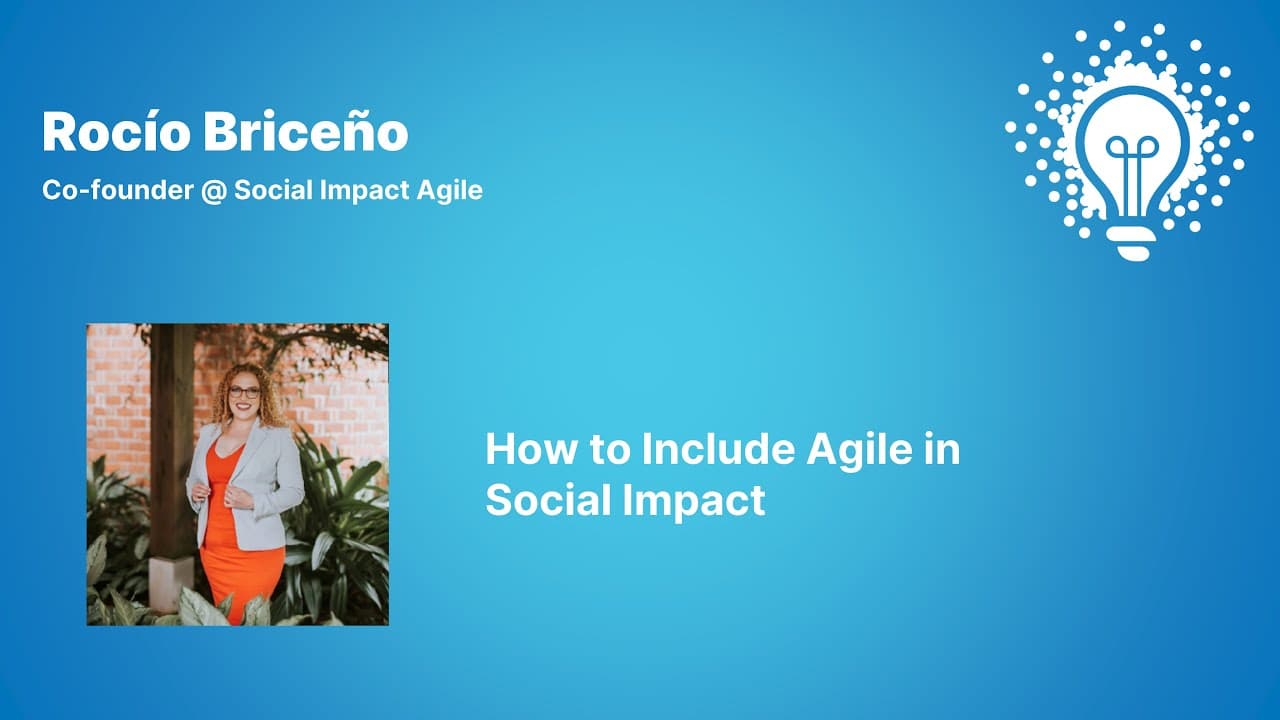 Agile is 21 years old but in 2019 a new manifesto was written with the participation of Alistair Cockburn and Rocío Briceño in Virginia, USA specifically for Development and Social Impact.

Its first applications have already been used by multilateral organizations. In this conference, Rocío will comment on her application experience in a water problem in Tegucigalpa, Honduras, and part of her proposal for an agile government from the Presidential House in her country of origin, Costa Rica.