When the product-development organisation within a leading health company moved to adopt more agile approaches, the shift required that the transition team determine how to ensure that annual budgeting still met the needs of the finance organisation and that the process would help to build an investment mindset to replace the fixed-project-budget mindset.

This case study covers the challenges of the previous model, the evolution of budget management, and the benefits that the organisation saw once the changes were in place.

First, the annual budgeting process required that all project, program, and portfolio planning be completed up front for the following year, effectively locking in the plan and preventing the adoption of opportunities and changes based on market conditions and consumer feedback.

Next, the process created a mindset in which projects needed to be completed and the budget spent, regardless of whether or not the project still provided value, leading to decreased agility due to scarce resources (resources were tied up in approved projects).

Also, the project-budgeting process created tension over project scope amongst decision makers and the team delivering the work because if they did not deliver the scope within the budget or time window, all would lose their opportunity to get what they wanted.

Another problem was the overhead that went into managing the budget and resourcing, which in lean terms mostly created waste and re-work due to the granularity with which the budget had to be managed. For capitalisation purposes, team members needed to track their time spent on each task and in which stage the work was undertaken (requirements, design, build, test, or release).

As with most organisations, there is a requirement to create an annual budget. When the organisation was working in a waterfall approach, planning for the following year would begin to take place in Q4. In this particular process, the heads of each business function would make a presentation to the executive team and compete to have their projects approved for the plan.

Once a project was placed into the bucket of worthwhile projects, the PMO would start to work with the leaders of the product-development organisation to meticulously plan which and how many resources would be needed for how long.

The draft plan would go through a variety of versions until it was locked down and sent to the finance team, who would apply personnel costs and create the annual operating budget. This would then be revised (usually down). Once the draft met the target spend amount, it was then set as the annual operating plan.

The project manager was responsible for assembling the resources and starting the project at the planned time. Most people assigned to the project had not been involved in the decision to put it in the annual operating plan so most kickoffs started with a couple of line-item notes from the executive planning meeting the year before. Outcome ownership and team-member engagement usually did not exist.

Without some level of outcome ownership, most project team members didn’t stop to think if the project would still bring the same level of value it had been thought to bring when it was discussed in annual planning.

In the agile transformation, the product-development organisation moved from project teams to durable product teams, with each team focused on and owning one particular area of the product. These teams had all the skills that they would need to deliver their outcomes, including product management embedded in the team. They were also tasked with goals that were outcomes instead of specific projects or features. One example of a goal was that the team responsible for the digital sign-up funnel had to increase paid conversions by some percentage.

To support this, the budgeting process also needed adjustment. While there would continue to be an annual plan, that plan would look different than it did in the waterfall days. The plan included outcomes instead of features/products and durable teams focused on achieving those ongoing outcomes.

We also had teams dedicated to investigating and testing out ideas. We would invest the team members’ time for a period, assess the investment’s performance, and decide if we wanted to continue to invest in that test or move the team to the next test.

The smallest increment the organization would plan in would be a team.

This approach created flexibility for what team members were working on, encouraged them to try new things if outcomes were unsatisfactory, increased ownership and engagement, and prevented the “we have the money budgeted so we must spend it all” mindset.

The approach also provided finance with the information they needed to set the annual plan while maintaining clarity regarding who was working on what and what can be capitalized.

Because the executive team supported the transition to more agile ways of working, success came down to how finance would buy into this approach.

Finance team members were involved in the transition from the beginning. The first steps were to increase their buy-in by showing how their needs would still be met with this new process. It required educating them in the new approach to product-development planning and the benefits it would bring and working with them to ensure that there was transparency, clarity, and understanding.

We conducted a dry run with finance before setting the following year’s budget and worked through any issues and questions as we created the necessary templates and artefacts.

When it came time to set the annual budget for real, planning went smoothly. The year was planned based on the rough number of teams that were needed, based on what the organization was trying to accomplish. It was easy enough to understand the product/software-development organisation’s run rate, find the average cost of a team, then figure out if and when we would need to add more teams during the year.

Because using product teams instead of projects built more flexibility into the plan, budget-management overhead significantly dropped, which allowed the finance team to use that saved time to work on more strategic items.

We continued to use timesheets to track individuals’ time spent on activities that could be capitalized. When making this switch at other organisations, we’ve implemented options such as estimation of administrative hours per role and other suggestions in the beyond-budgeting model.

Because this was almost a decade ago (before agile became more mainstream and understood), one of the biggest challenges was convincing finance team members that agile wasn’t just a fad and that making these changes would ultimately help the company to meet its purpose and mission.

To overcome this, we knew we needed not only to approach the change from an educational perspective but also to demonstrate the benefits that the finance team would gain.

We found that we needed to take a hybrid approach because some work still needed to be planned in a waterfall fashion, mainly the back-office systems. Knowing this up front would have helped us structure the planning in a hybrid manner. Fortunately, we encountered this challenge early, while reviewing the entire portfolio of work, and we were able to determine which projects still needed to be planned and budgeted in a waterfall manner.

Product teams were free of the constraints that budget planning usually places on a team. Teams were funded, or weren’t, and it became the team’s responsibility to understand how they’re tracking to achieve their outcomes. At the executive level, strategic conversations could happen based on the outcome metrics and a product team could adjust their focus according to that information.

Gone were the days of the “we have it budgeted so let’s spend it” mindset; the new mindset of the teams was “are we achieving our desired outcomes?”

The finance team members, without so much budget-management overhead, were able to work on more strategic items.

While we didn’t track metrics as much as we would have liked to, we estimate that moving to this new mindset saved a minimum of six weeks each year of up-front planning when setting the annual plan and probably a least another four weeks throughout the year. It was a win for all involved and helped the organization achieve increased agility. 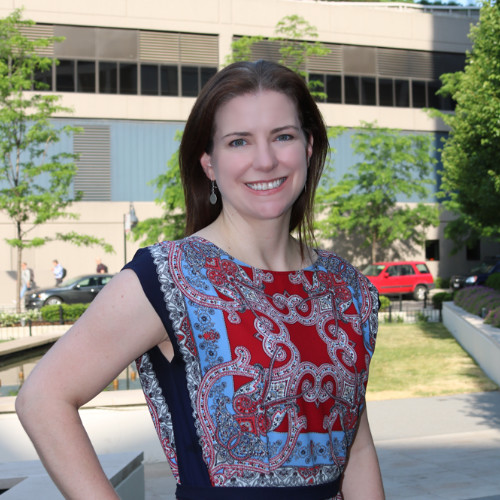 Joanna is a results-oriented-portfolio, program, project-management, and change leader with a 17+ year history of leading highly successful teams in enterprise-level and global environments. Her largest team numbered approximately 100 individuals and her largest managed budget topped $100 million. She is currently senior vice president of program management at Centro, an AdTech company headquartered in Chicago.

Joanna also enjoys giving back to the project-management and agile communities by volunteering her time as a mentor, serving as a content reviewer/SME for publications and international events, and presenting and hosting events.