Creating Your "A Team" Through Self-Selection

An interview with Amber King and Jesse Huth 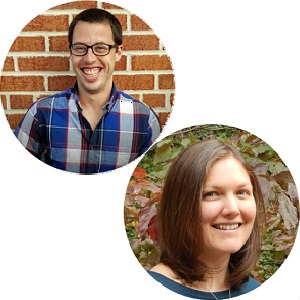 When Opower experimented with a self-selection pilot in June 2016 after a large internal reorganization, the organization realized dramatically increased engagement and retention with over 90% of participants expressing satisfaction with their new team placement.

I caught up with Jesse Huth, Opower’s current Agile Program Manager and Amber King, Head of Product Operations at Capital One Labs and former Head of Opower’s Agile Program Management Team to learn how a self-selection event can help an organization to foster excited, engaged and effective teams.

Bella: You’ve both led agile teams across a variety of industries. What are the characteristics of a great agile team?

Amber: In addition to the normal characteristics of a scrum team (cross-functional, small, co-located, etc), I’d also add that great teams really understand each other, their potential and how to work with each other. When dealing with superstars who may not work well in a team environment, I like to talk about the movie Moneyball. Here, we see evidence that you can have amazing stars in your team but you’re never going to get the World Series unless you have a team of people that can work together and who complement one another.

Jesse: The one thing I would add is that there needs to be a high degree of trust between members of the team. Understanding the strengths and weaknesses of the team and compensating for that - that’s what makes a really great team.

Bella: Jesse, you mentioned that you are supporting the rollout of agile at Oracle Utilities, which has recently been acquired Opower. What barriers to success have you encountered, and how have you supported teams to overcome these?

Amber: Oracle is highly distributed by roles, which was also a major challenge. Another challenge was breaking down the work and understanding how teams could actually work on it in a two to three week period. What went well was that management was fully onboard and communicative with teams. The teams themselves were also very curious and open-minded about how agile methodologies can help them.

Bella: How does self-selection relate to this, and how important is it to choose what you work on and whom you work with?

Amber: It’s really important. In his book Drive, Daniel Pink lays out the three factors necessary for motivation: mastery, autonomy and purpose. So many people in the ‘Idea Age’ are finding fulfillment working for themselves because they have control over these aspects of their lives. However, most of us still work for someone else, and companies want motivated employees. Choosing what you work on and whom you work with gives you all of the three ingredients for motivation. It also allows people to learn new skills.

Jesse: In our self-selection event, the primary reason participants chose to work on a new team was to learn new skills. A lot of organizations struggle with finding the right opportunity to let their employees do what they want to do. Self-selection removes the overhead of putting people in certain places and them still feeling jilted because they didn’t have a choice. Deciding what your future looks like is hugely powerful.

Bella: What’s the role of a leader in a self-selection process?

Jesse: The role of the leader is to be available and to provide as much information as frequently and openly as they can. There are a lot of questions that come around a self-selection event.

Amber: Questions like how do I cover the work that no one wants to do? What if there is someone who is left on their own in a team? These are all legitimate fears that people have that come up again and again. The leader needs to work through these risks, determine whether they’re real risks or not and if they are, form a mitigation plan. If they aren’t, they need to work with those folks who have those fears until they are at least ready to try the event.

Bella: How can leaders enable a successful self-selection event?

Jesse: Communication. Planning. You need executive buy-in. Once you have that support and can introduce what’s happening, you can peg the date and tell the teams what it is and how it will work. Then you need to prepare. There are a great number of logistics that go into an event like this. It’s about that legwork, communicating upfront and being available as a leader.

Amber: Most of us don’t work in one spot. We’re distributed to some degree. Having folks in every location that really understand and buy into self-selection is key. I call them ‘Location Captains’. These people are your boots on the ground; they help you moderate during the event, set up and recognize when people aren’t onboard and how to get them onboard.

Amber King is the Head of Product Operations at Capital One Labs and was formerly Head of Opower’s Agile Program Management Team. They are speaking at the Business Agility conference in New York on 23-24 February 2017 on Forming Self-Selected Teams.