Open Space Technology (OST) is an approach for hosting meetings, conferences, corporate-style retreats and community summit events, focused on a specific and important purpose or task—but beginning without any formal agenda, beyond the overall purpose or theme.

This information has been primarily taken from Wikipedia.

Agree on a theme for the open space and communicate that to the audience prior to the event.

Clear the room of everything. There should be clear space on the walls for the agenda and 3-5 flipcharts equidistant around the room. These are the discussion spaces.

Using painters tape, or similar, mark out a grid for the agenda. The columns are the number of discussion spaces (i.e. flip charts), and the rows are the available times. In general, for a 90-120 minute meetup, we would have 3×20-30 minute slots with the remaining time for the opening and closing circle.

At the beginning of an Open Space the participants sit in a circle, or in concentric circles for large groups (300 to 2000 people and more).

Start by welcoming everyone and explaining the 4 principles and 1 law.

The Law is known as the Law of Two Feet: 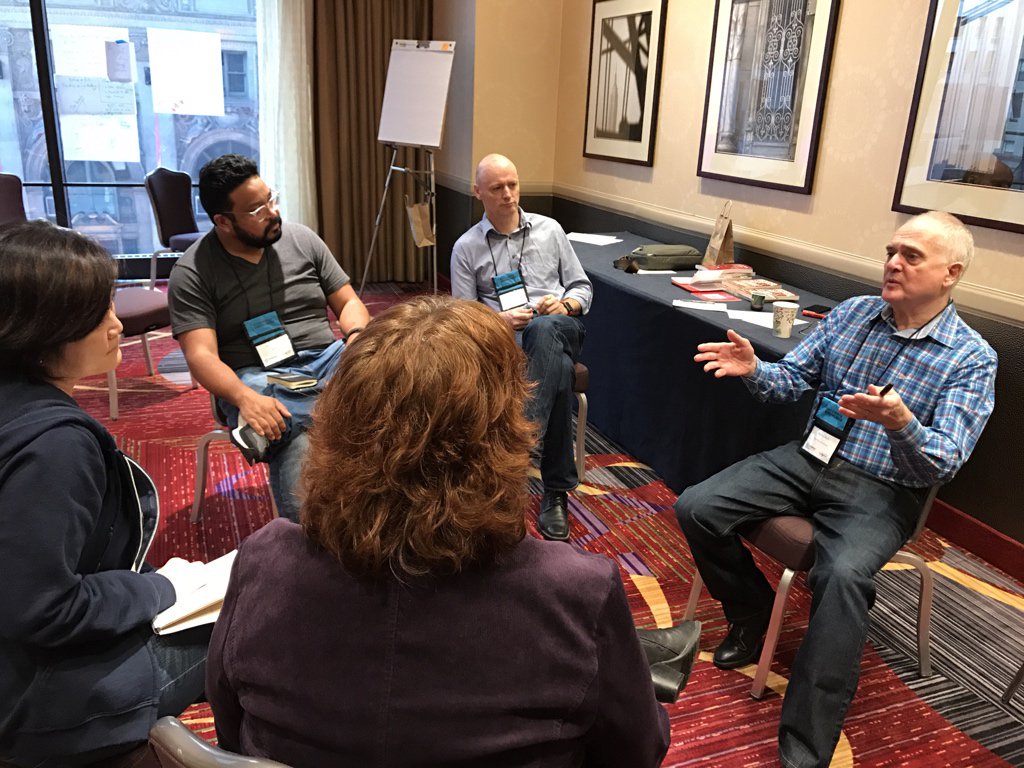 The facilitator will then briefly restate the theme of their gathering, without giving a lengthy speech. Then someone will invite all participants to identify any issue or opportunity related to the theme. Participants willing to raise a topic will come to the centre of the circle, write it on a sheet of paper and announce it to the group before choosing a time and a place for discussion and posting it on a wall. That wall becomes the agenda for the meeting.

No participant must suggest issues, but anyone may do so. However, if someone posts a topic, the system expects that the person has a real passion for the issue and can start the discussion on it. That person also must make sure that a report of the discussion is done and posted on another wall so that any participant can access the content of the discussion at all times. No limit exists on the number of issues that the meeting can post.

After the opening and agenda creation, the individual groups go to work. The attendees organize each session; people may freely decide which session they want to attend, and may switch to another one at any time. Online networking can occur both before and following the actual face-to-face meetings so discussions can continue seamlessly. All discussion reports are compiled in a document on site and sent to participants, unedited, shortly after. 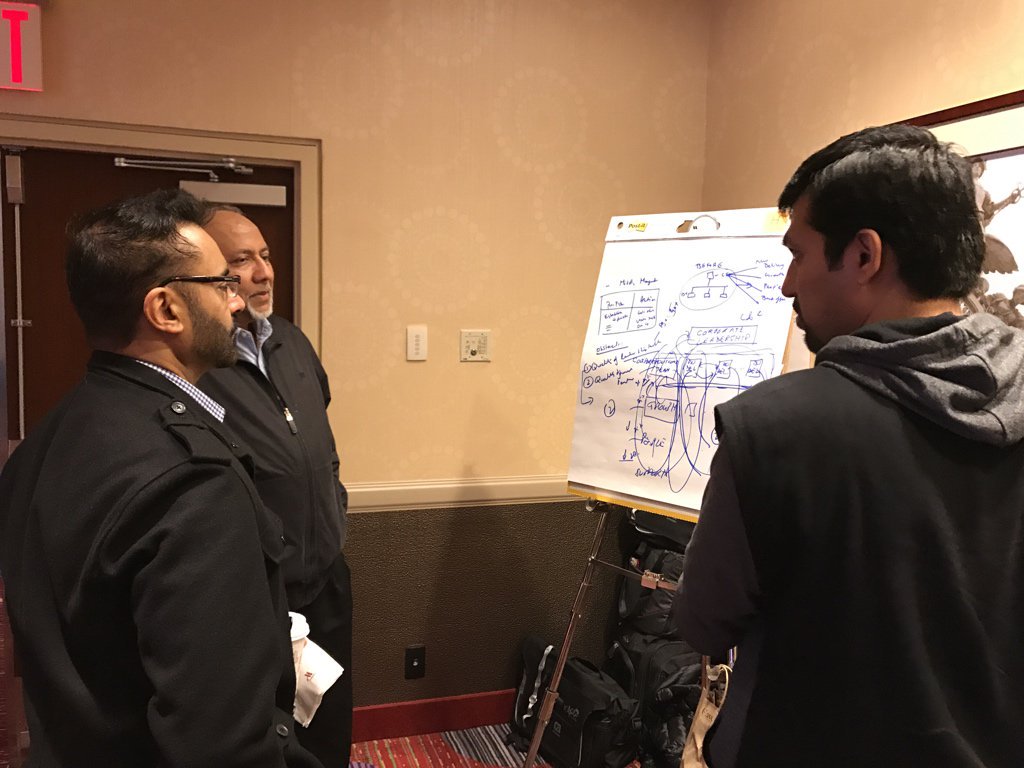 In this way, Open Space Technology begins without any pre-determined agenda, but work is directed by a “theme” or “purpose” or “invitation” that is carefully articulated by leaders, in advance of the meeting. The organizers do outline in advance a schedule of breakout times and spaces. The combination of clear purpose and ample breakout facilities directly supports the process of self-organization by meeting participants. After the opening briefing, the facilitator typically remains largely in the background, exerting no control over meeting content or participants, though possibly supporting the compiling of whatever sort of document is produced by participants.

Send out photos from the event and a notes that were made on the flipcharts. Remember to invite them to join the Business Agility Institute.